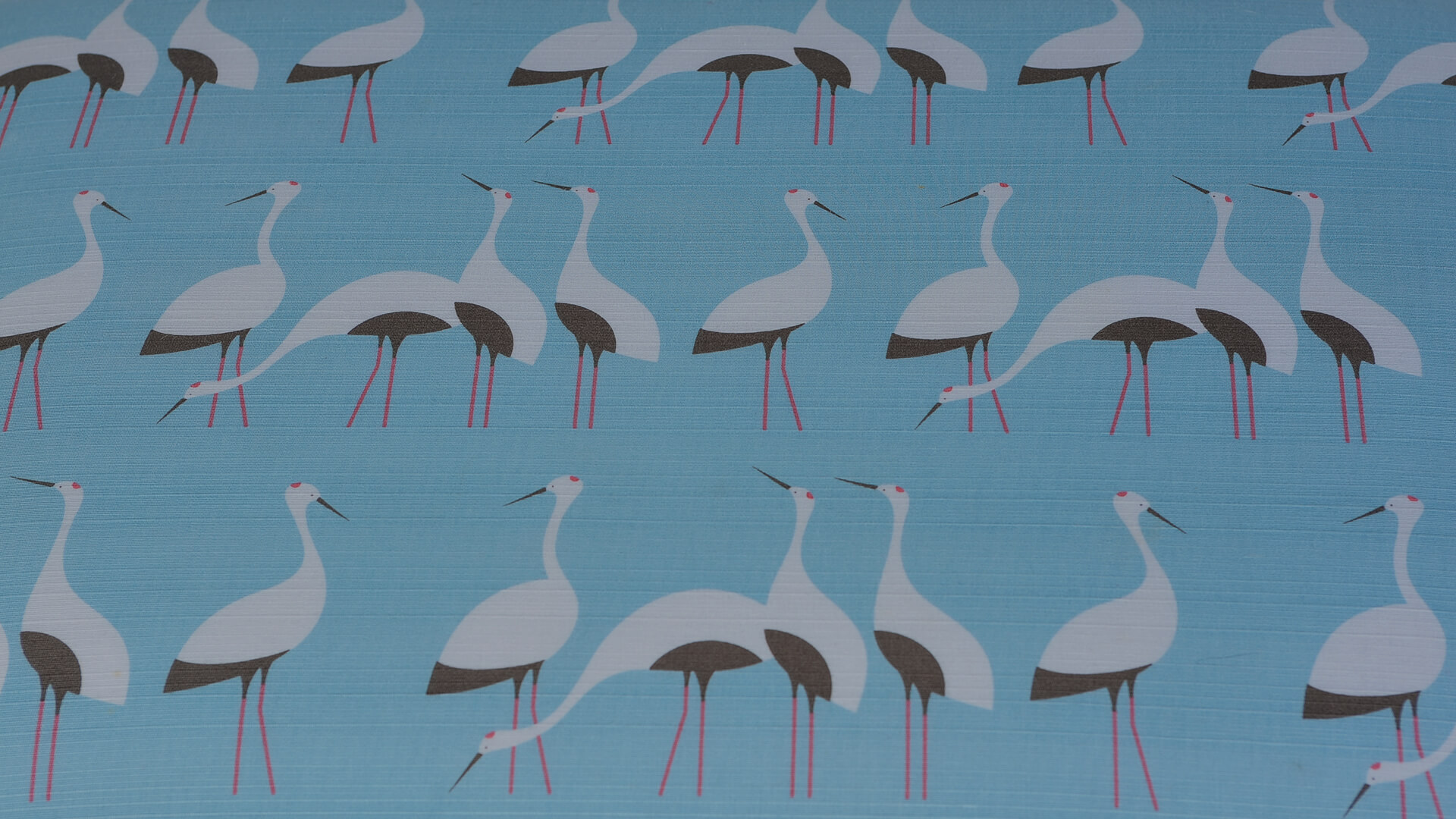 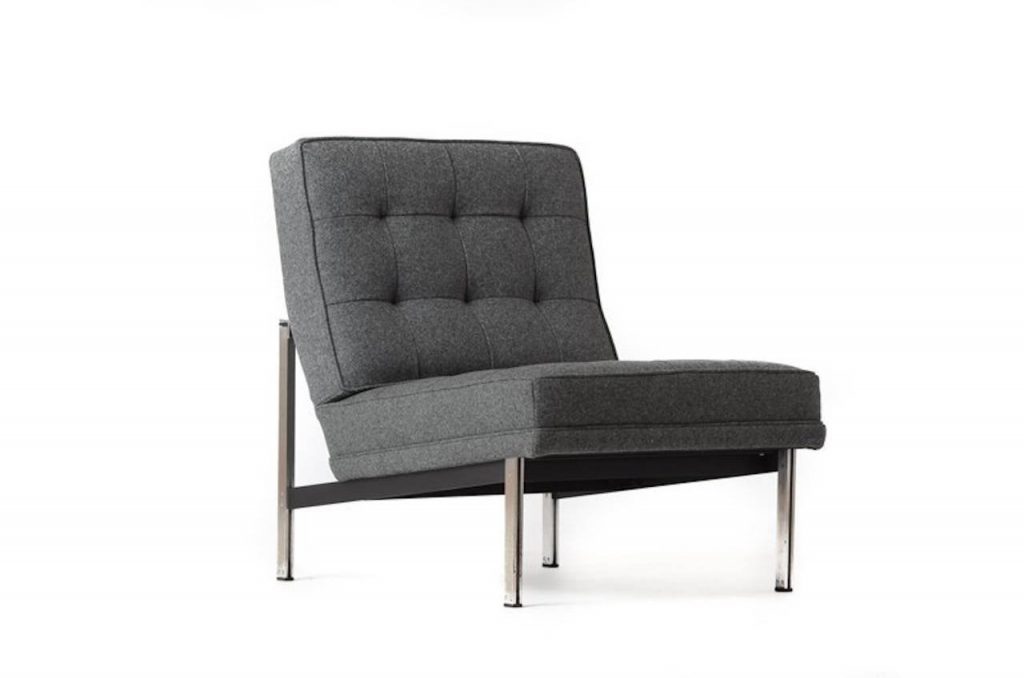 In the male-dominated world of post-war modern—and, let’s face it, contemporary—design, Florence Knoll Bassett, who turns 100 on May 24th, 2018, has been a leading woman in the industry for decades. Anyone who appreciates and recognizes classic designs from the mid-century period has Knoll Bassett to thank for revolutionizing the way we live and work in the modern home and office. In 1941 Florence Schust moved to New York after graduating from Cranbrook and working with many of the greatest architects in the world. There she met Hans Knoll, who was establishing a new furniture company. With Florence’s design skills and Hans’ business acumen and salesmanship, the pair, who married in 1946, grew the nascent company into an international arbiter of style and design. Florence also seeded contributions with her friends Eero Saarinen, Harry Bertoia, and Mies van der Rohe. 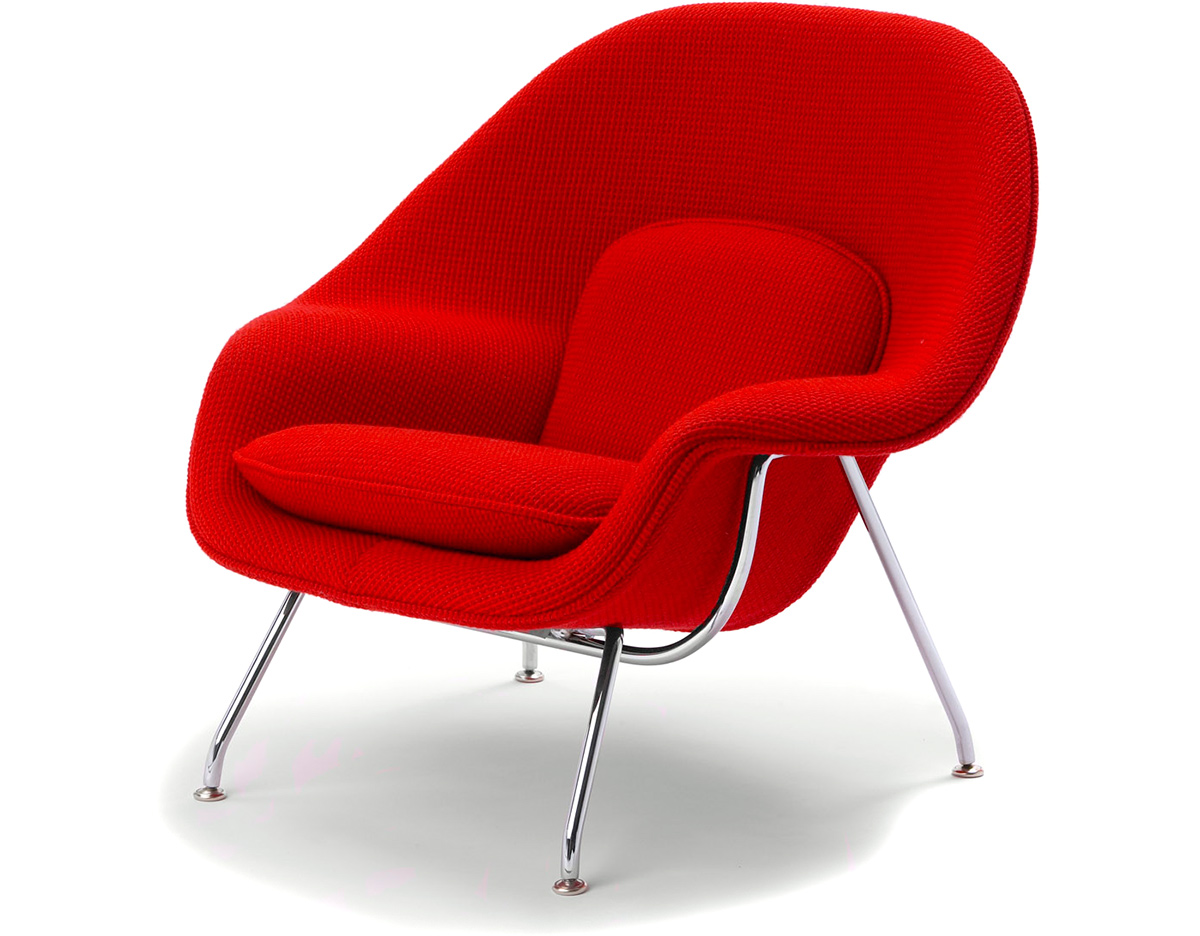 Eero Saarinen was a 20th-century Finnish American architect and industrial designer noted for his neo-futuristic style. Saarinen met Florence Knoll at Cranbrook, who at that time was a promising young protégé of Eliel Saarinen, Eero’s father. Florence and Eero developed a brother-and-sister-like relationship that would last the rest of their lives. When Florence joined Knoll in the 1940s, it was an obvious choice for her to invite Eero to design for the company. Over the next 15 years Saarinen designed many of the most recognizable Knoll pieces, including the Tulip chairs and tables, the Womb chair, and the 70 series seating collection.  His designs, which employed modern materials in graceful, organic shapes, helped establish the reputation and identity of Knoll during its formative years. 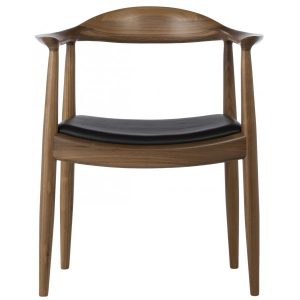 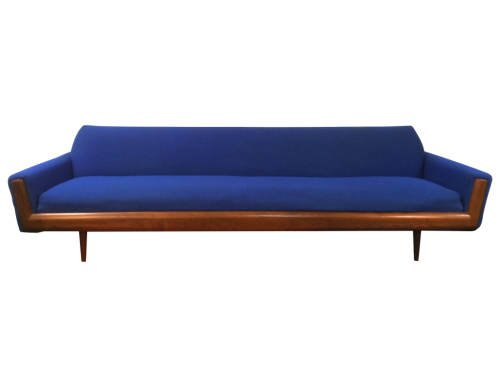 American designer Adrian Pearsall (1925-2011) was born in Trumansburg, New York, in 1925. He studied architectural engineering at the University of Illinois, graduating in 1950. After only two years working in architecture, he decided to change his focus to furniture design. In 1952, he and his brother Richard founded Craft Associates, Inc. in Wilkes-Barre, Pennsylvania. In the beginning, the company primarily produced designs in wrought iron, but it soon came to specialize in wood furniture, especially walnut. Pearsall’s use of walnut in the structures of coffee tables and sofas became his signature look.

During the 1950s and 1960s, Craft Associates, Inc. became one of the US’s most prominent furniture companies. At the time, Pearsall’s designs were seen to be daring, as he was fond of creating dramatically high-backed armchairs, as well as long, gondola-shaped sofas; all of which featured sculptural wood components. 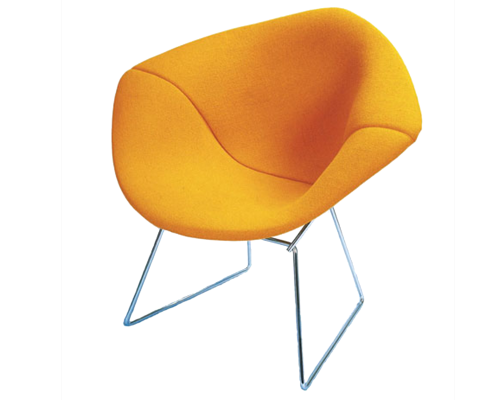 In the 1950s when most chairs were made of rigid wood, the Harry Bertoia furniture line – with welded wire and a springy feel – were totally innovative. Knoll produced the first Bertoia chairs in 1952 and is still producing them today. The Bertoia Bench was introduced in 1951. The Diamond Chair was first displayed in 1952 and actually in production by 1953. The side chair, bird chair, bar stool and wide diamond were all released in the early 1950s.

Bertoia was exposed to chairs at Cranbrook when Eero Saarinen and Charles Eames entered and won the Organic Furniture Design Competition sponsored by the Museum of Modern Art. Bertoia developed his initial chair design ideas while working with Charles Eames and others in California in the late 1940s. Bertoia was extremely instrumental in achieving the flexible plywood seat with tubular frame that eventually became the Eames chair. When former Cranbrook classmate Florence Schust Knoll invited Bertoia to work with her and her husband Hans in Pennsylvania, Bertoia moved to Pennsylvania and set up shop under the auspices of Knoll. Bertoia was promised, and indeed received, complete credit for all designs he created with Knoll. 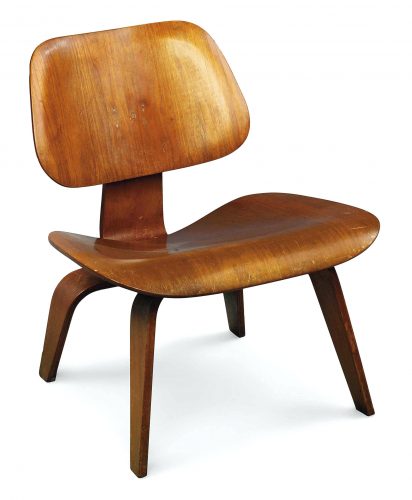 While Charles and Ray Eames were not the first to design furniture using plastic,their work with the synthetic material has become some of the most celebrated. In 1948, just after World War II, the Museum of Modern Art in New York and the Museum Design Project, Inc., launched the Competition for Low-Cost Furniture. Intended to solve a lack of available low-priced furniture and improve post-war living standards, the contest drew 3,000 entries from around the world. It was here that the Eameses debuted their voluminous plastic design for La Chaise, its name and form both a nod to modernist sculptor Gaston Lachaise.

DESIGNER NEWS AND FURNITURE FOR SALE